Taking Up Space, a program sending Pascua Yaqui Tribe of Arizona girls to Space Camp, cordially invite you to enjoy an evening of scintillating conversation about life, the universe, and everything! Mingle with Tucson area planetary scientists, astronomers, and space artists over cocktails. There will be physics demonstrations, telescope viewing, displays of space art, a pair of free tickets up for grabs, and merchandise for sale of the New Orleans funk band Galactic, who will be performing that night at the adjacent Rialto Theatre following the party. So, break out your favorite space-themed outfit, put on your thinking (or drinking) caps, and join us! Excelsior!

Taking Up Space is a subsidiary project of the Tucson based non-profit organization, Time in Cosmology, whose mission is to fund the cost of sending girls from area Native American tribes to Space Camp®, in hopes of inspiring them to pursue STEM (Science, Technology, Engineering, and Mathematics) oriented educational and career paths. Space Camp was founded in Huntsville, Alabama in 1982 as the U.S. Space & Rocket Center® museum’s education program to promote the study of math, science, and technology. Trainees experience astronaut simulators, take command of a mission to the International Space Station and develop leadership and teamwork skills.

This topic uses correlations of the breadth (dispersion) of spectral lines with properties of E galaxies to examine effects of reinforcing (R) or opposed (O) offsets due to orientation of the nuclear quantum dipole. The previous topic examined the effects on rotation measures. Observed dispersions includes normal velocity dispersion, bulk motion effects of expansion and rotation variation along the line of sight, and the intrinsic dipole orientation effect. Dispersion in early type galaxies is rarely less than 100 km/s and closely related to their luminosity. Using absolute magnitudes derived from the standard Hubble flow (with some local classical dynamical distortions which I will note later) differential distances of sources is of no concern. The galaxy eccentricity (symbol Greek epsilon) is closely equivalent to morphology, even within…

TAKING UP SPACE, A PROGRAM FOR PASCUA YAQUI GIRLS, TAKES OFF WITH A VISIT FROM FORMER ASTRONAUT ROBERT “HOOT” GIBSON 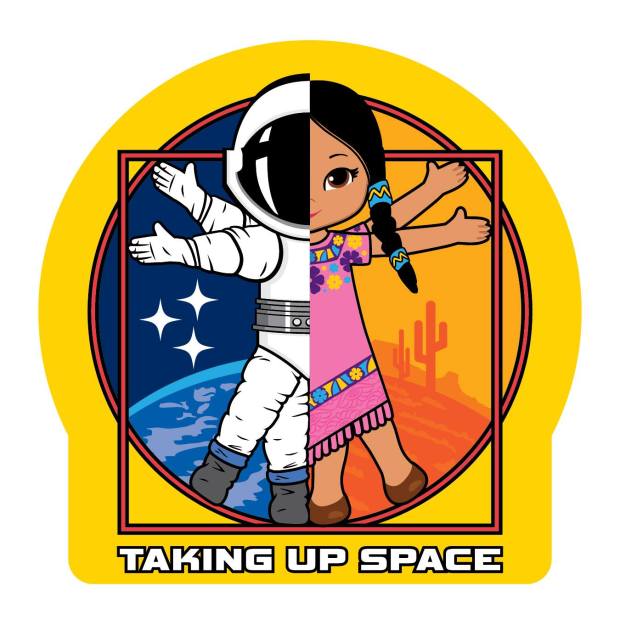 Robert Lee “Hoot” Gibson (Capt, USN, Ret.), a former American naval officer and aviator, test pilot, aeronautical engineer, and retired NASA astronaut, will make a special appearance on December 6th at the Pascua Yaqui Community Clubhouse to help launch a program specifically designed to expand opportunities for Native American girls to immerse themselves in the horizon-broadening Space Camp experience. A project of the science-based non-profit organization “Time in Cosmology,” honored to be collaborating with the Pascua Yaqui Computer Clubhouse, the mission is to send middle school-aged Pascua Yaqui girls to Space Camp. There, they will be exposed to the leadership and team-building exercises the Camp offers. Additionally, the exploration of STEM and related academic content enhances future possibilities for educational and career goals. The first group of Pascua Yaqui girls will be attending Space Camp in June 2017.

Space Camp® was founded in Huntsville, Alabama in 1982 as the U.S. Space & Rocket Center® museum’s education program to promote the study of math, science, and technology. Trainees experience astronaut simulators, take command of a mission to the International Space Station and develop leadership and teamwork skills.  Gibson was selected as a NASA astronaut in 1978 and is a veteran of five shuttle missions: 1984 STS-41B Challenger, 1986 STS-61C Columbia, 1988 STS-27 Atlantis, 1992 STS-47 Endeavour, and 1995 STS-71 Atlantis. He was selected for extraordinary missions, serving as Mission Pilot on his first mission and Commander on the other four. Gibson has spent a total of 36.5 days in space. While in Tucson, Capt. Gibson will be taken on a tour of both the Pima Air and Space Museum and World View Enterprises.

The previous topic began a discussion of the role of period doubling, and demonstrated end products (observed redshift distributions) seen within sets of data. How such a process actually appears to proceed from the ‘spatial’ viewpoint is discussed and illustrated in this topic. The process relates to many observed effects already discussed, the nuclear dipole, radial outflow, dark matter, redshift variability, activity, vertical sequences, double and discordant redshifts, temporal commonality within a range of planes of time, and a few new findings consistent with the process. They serve to illustrate observable aspects of the process. Since the discussion is new some aspects should be considered as new premises of QTC, and comments are welcome. Two viewpoints of the process are involved, temporal and spatial. From the temporal view redshifts…

Book figure 1.37 on left, Evolution of Doubling Patterns on right

Correlation studies in the previous topic indicates that galaxies in three prominent redshift peaks just below z = 0.6 (z(LT) = 1/2) in the HDF or related patterns in the SDF (second or southern field), are parts of joined aggregates of galaxies. The mid HDF peak corresponds to a D = 4 z(LT) = 7c/16 doubling fraction flanked by 13c/32 and 15c/32 fractions generated at D = 5 later in a QTC D –> 5 energy state doubling process which is sequential in D. Temporal commonality in QTC appears to firmly link still higher order aspects of a spread in time ‘within’ individual galaxies (by the spatial forces) which individual components of a split retain, but connections at the doubling level itself…